The eighth contest in memory of the gone Andrey Zaitsev was held on May 1 and 2, 2019. A month later, we’re posting raw video footage from those two days, featuring riders from the PILLS WHEELS team.

The first day was a competition in a concrete skatepark near the CSKA metro station. The contest was held in several stages and turned out to be very hot. We were lucky with the weather. And the winner was Vova Turkin. At the end of the day there were awards, premiere of the report from the last AZ Contest and a small pilot demonstration of the new video from “New Folder”, which is in the process of creation and will soon be posted on the wide screens of your computers.

There was some rain on the second day, but it soon cleared up. There was a Cash For Tricks street contest, which means “money for tricks.” You pass a spectacular trick – you get some rubles. Competitions were held on the slots on Novy Arbat Street and near the metro Krasnospresnenskaya. As often happens, locals snitched, and the police came to punish us for the sport.

We covered AZ Contest 2014 once before. You can see how it went a few years ago on the Pills Wheels blog. 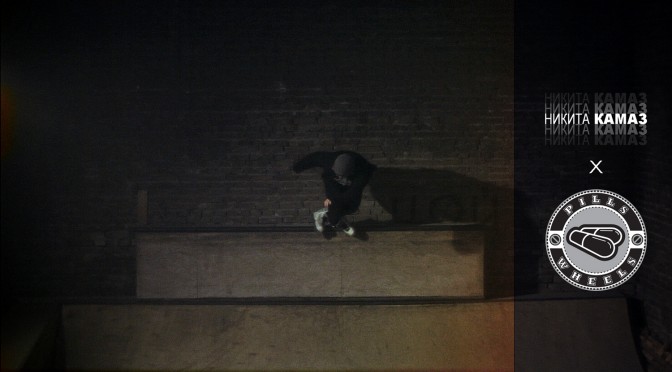 Dima Makrushin at the concrete skatepark in Korolev